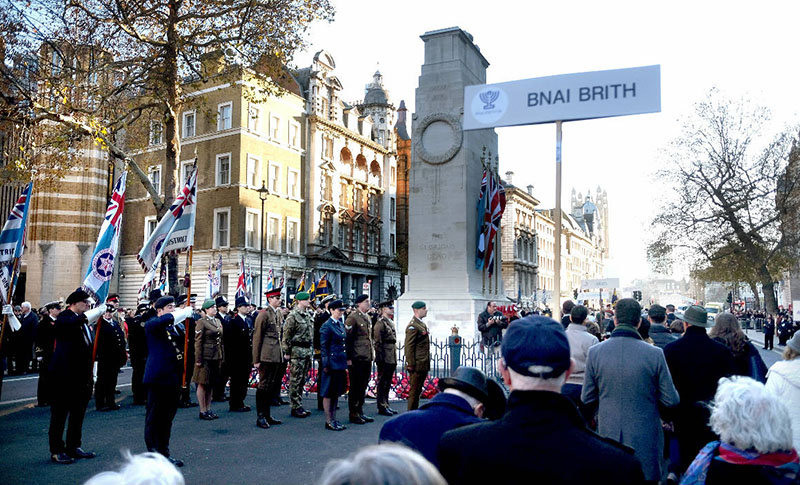 For approximately the last fifteen years B’nai B’rith UK has been a major sponsor of the Jewish Faith Weekend and Reunion organised by the Friends of the HM Armed Forces Jewish Community.

This takes place annually and up to January 2020 has been held at the British Armed Forces Chaplaincy Centre in Amport, Hampshire.

There are thought to be approximately 500 Jewish men and women in the Regular and Reserve Services of the Army, Airforce and Navy.

They receive spiritual guidance from a team of Chaplains lead by Rabbi Reuben Livingstone who is the Senior Jewish Chaplain to HM Forces and is a fully commissioned officer.

B’nai B’rith has always felt an affinity to HMAFJC as they share a similar ethos in that they are also inclusive of all shades of Jewish faith and beliefs and not judgemental about the level of observance of the members.

Those who volunteer to serve in the forces often serve under very difficult conditions, put their life on the line in defence of the United Kingdom and the Crown.

The HMAFJC provides physical (ie Kosher supplies and prayer books) and of course, spiritual assistance to those who serve.

The Jewish Faith Weekend and Reunion is a time for learning about Jewish religion, heritage and culture, plus an opportunity to discuss current topics affecting the forces whilst also meeting up with friends and colleagues in an exceptional setting, thus feeling far more supported by and connected to the Jewish Community than would otherwise be possible.

B’nai B’rith enjoys a close working relationship with the Friends of HMAFJC and we are regularly invited to send BBUK representatives to the Annual Weekend.