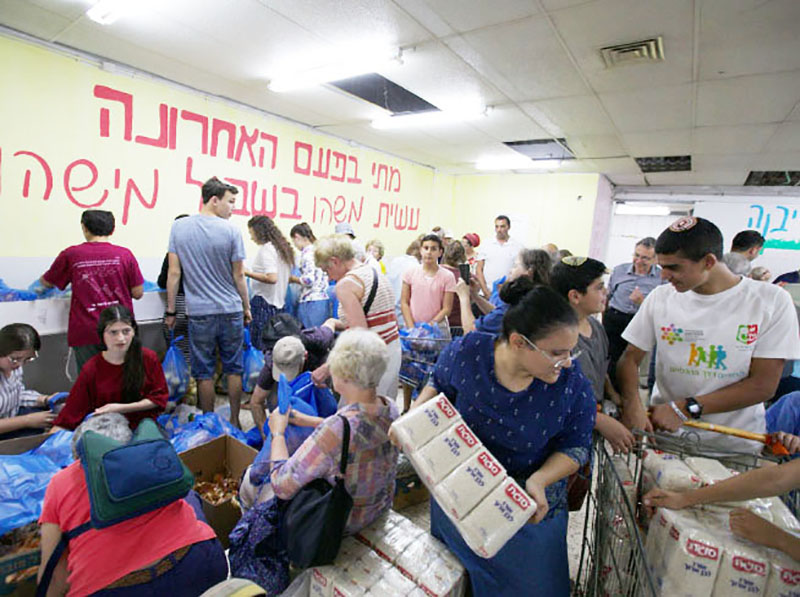 Qiryat Gat is the development town which has been the focus of a major part of BBUK’s fund raising during the last 30 years. The town has absorbed 30,000 immigrants from 40 different origins, including Ethiopia, Russia and Central Asia, giving the town a high unemployment figure and many challenges among its inhabitants.

Over the years, BBUK has been involved in a number of projects in Qiryat Gat, and the current one was prompted by the revelation that school children were stealing sandwiches from each other. This was verified on investigation by visiting the homes in question where they found empty fridges and a general lack of food.

As a result, BBUK currently raises funds for the provision of regular food parcels for needy families. The food is sourced, packed and distributed by young Israeli volunteers who make the deliveries discreetly, at night, so as not to draw attention to the recipients. The target, from donations, that we need to raise each year is £15,000 which is increasingly difficult to achieve, so we would greatly appreciate your generous response.