The complete newsletter is available online, and the article is reproduced below:
THE B’NAI B’RITH SHOE PROGRAMME 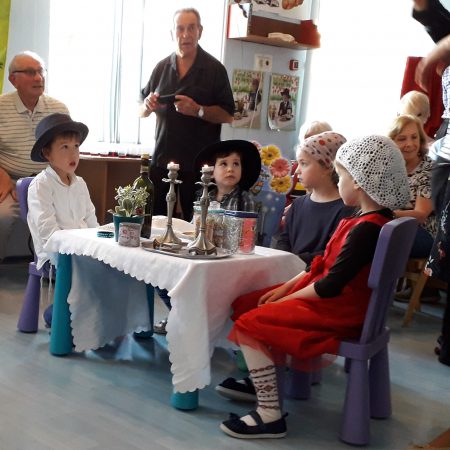 In August 1997, B’nai B’rith’s Abraham Lewin Unity Lodge visited Odessa and went to the Or Sameach (now known as Tikva) home for homeless Jewish children. Many of these children had been living on the streets and some had run away from State orphanages.

60 children were living in a recently purchased old state school, in the very bleakest, poorest conditions imaginable with very few facilities. B’nai B’rith UK, decided to embark on a major charitable programme to provide the children in the home with new shoes, just before Rosh Hashana. This would mean the children would have proper footwear for the coming winter. Thus began The Shoe Programme which has continued ever since – as Tikva became established and has grown and flourished in the region. The programme’s main source of funding was from the money we raised from our classical concert outings at the Royal Festival Hall; now well known throughout BBUK and beyond. In the early days, two or three concert outings a year raised enough money to provide shoes for the 60 children in the home.

Today, 24 years later, the home under Tikva, has greatly expanded and now cares for 298 children. We are proud that the B’nai B’rith UK has managed to raise more than £120,000 over the past 24 years to fund the shoe programme for this wonderful Tikva Home in Odessa.